Earlier this month, I found coordinating sets of tea-themed aprons ($9.99) and kitchen towels ($9.99 for a set of 3) at HomeSense. 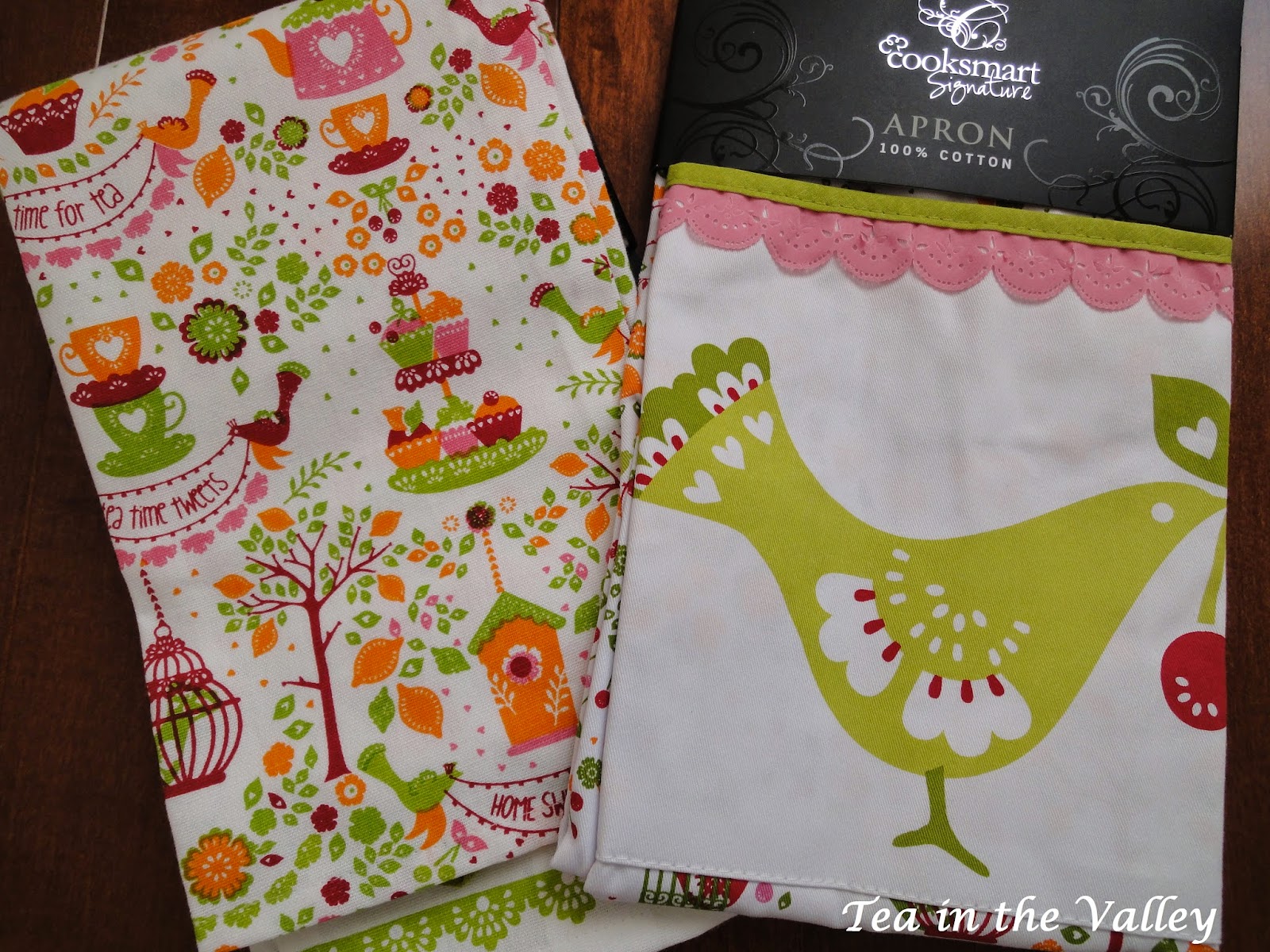 How can I resist such adorable designs? 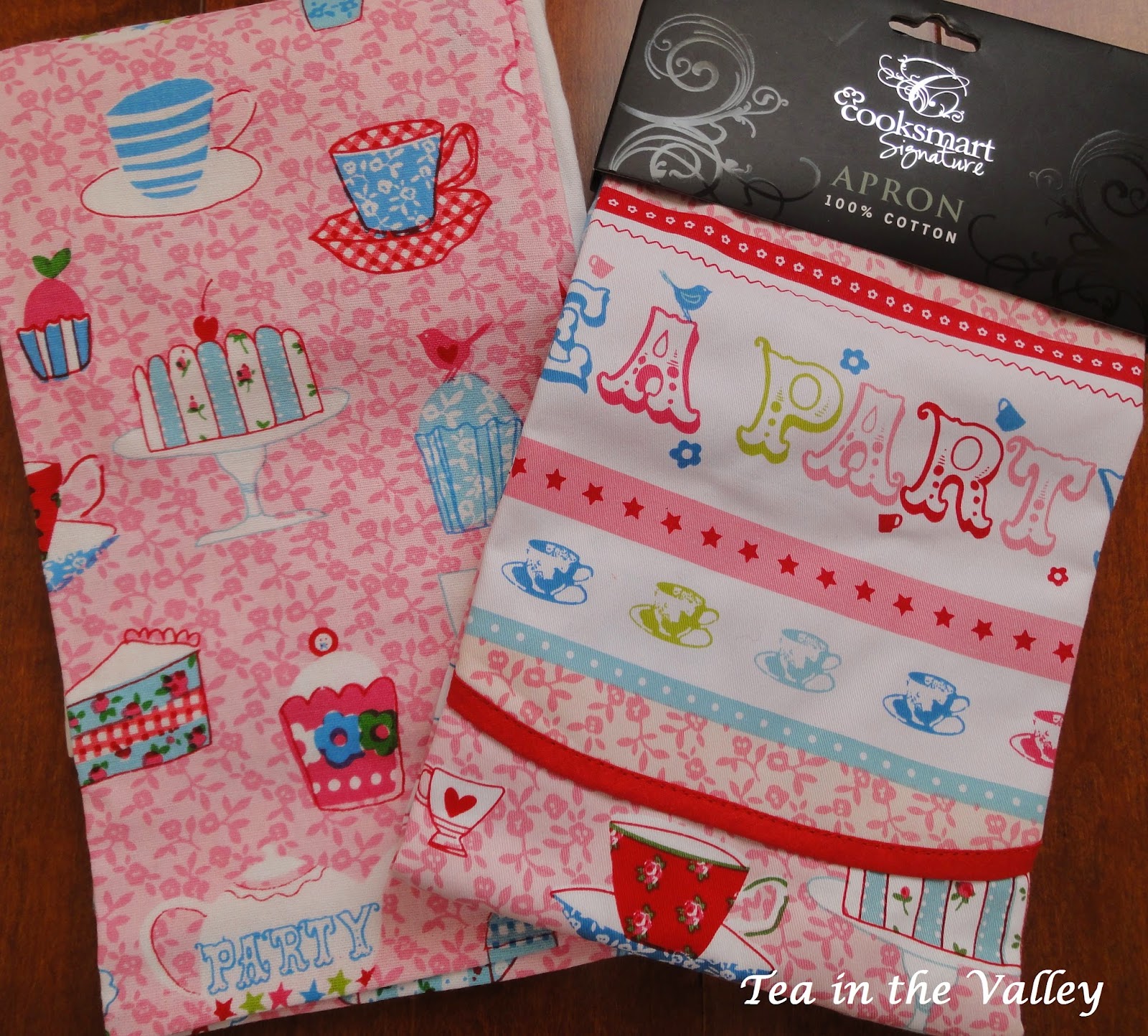 Of course, they all came home with me! 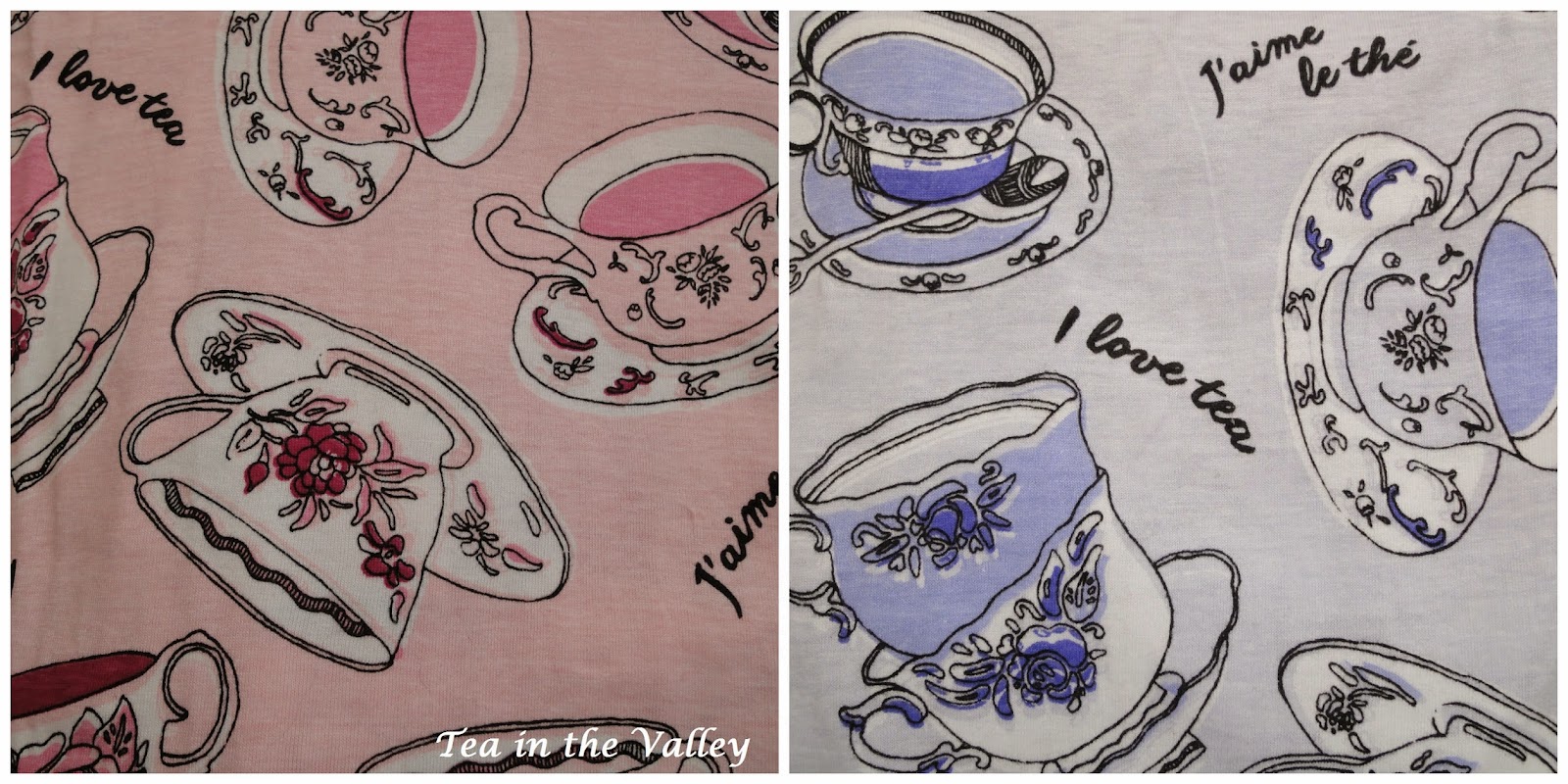 I also found this pretty "Tea Time" pattern at... 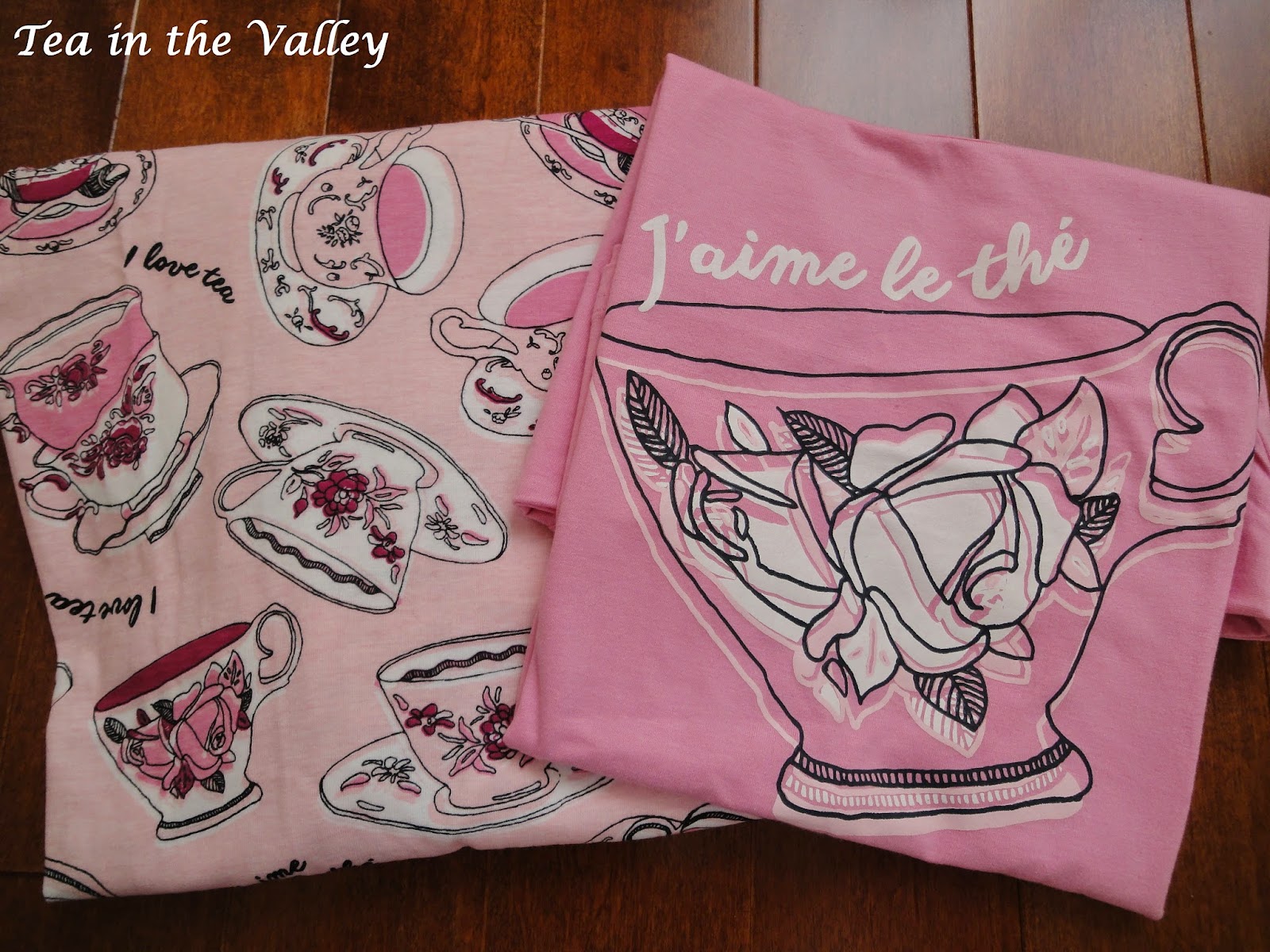 ...La Vie en Rose!
You could mix and match the "Tea Time" sleep tops (long-sleeved, short-sleeved or tank tops) and bottoms (pants, capris, or shorts) and I opted to buy the pants and short-sleeved top in pink... 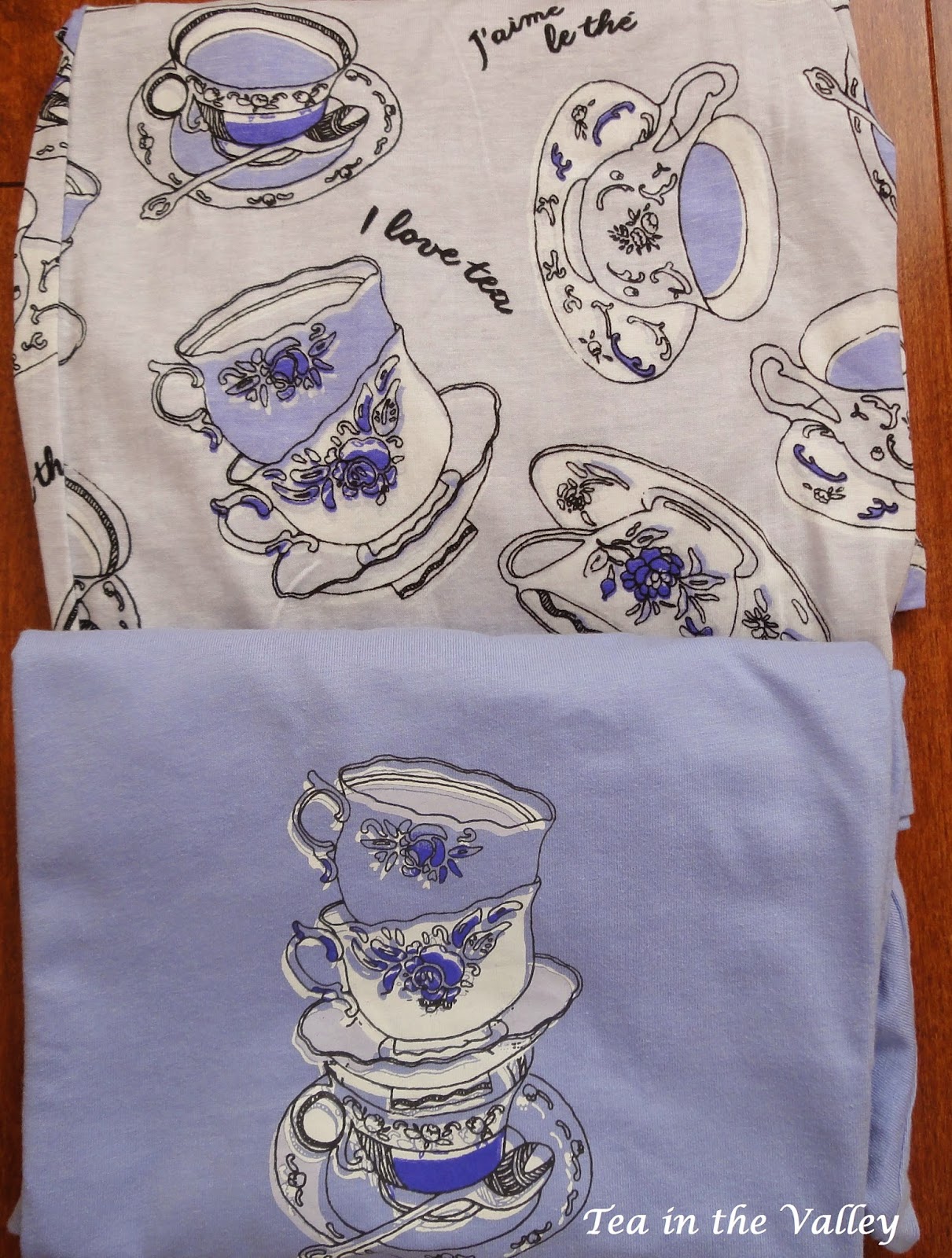 ...and the pants and long-sleeved top in blue (or is it purple?). La Vie en Rose can be pricey, but these "Tea Time" sleep separates were 50% off at the outlet store. At the time of my purchase, they also had a promo for an additional 40% discount on all clearance items!!! 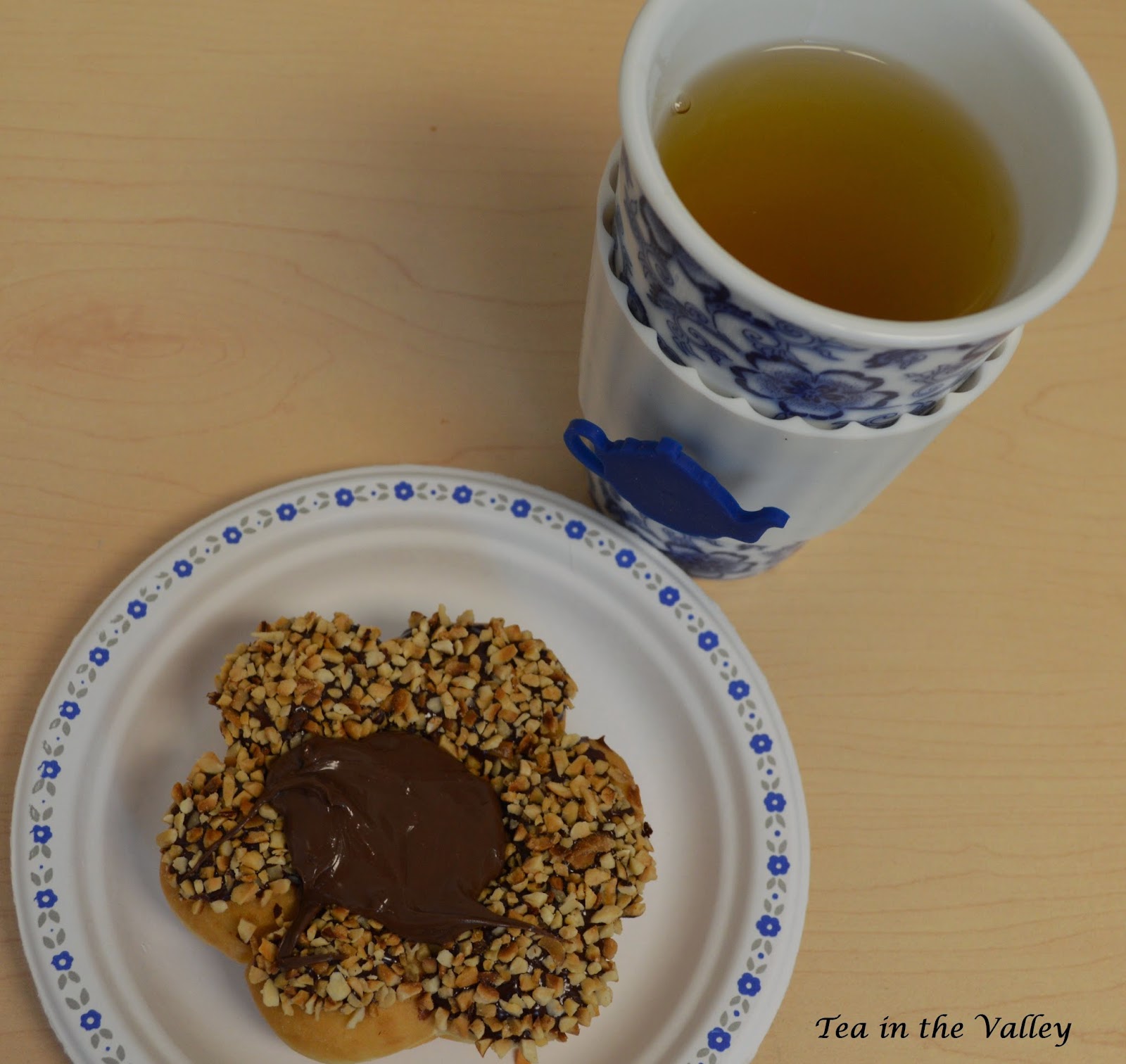 Another sweet April promo is the Nutella donut introduced by Tim Hortons.
At the office, I enjoyed my first Nutella donut with Moroccan Mint green tea. YUM! 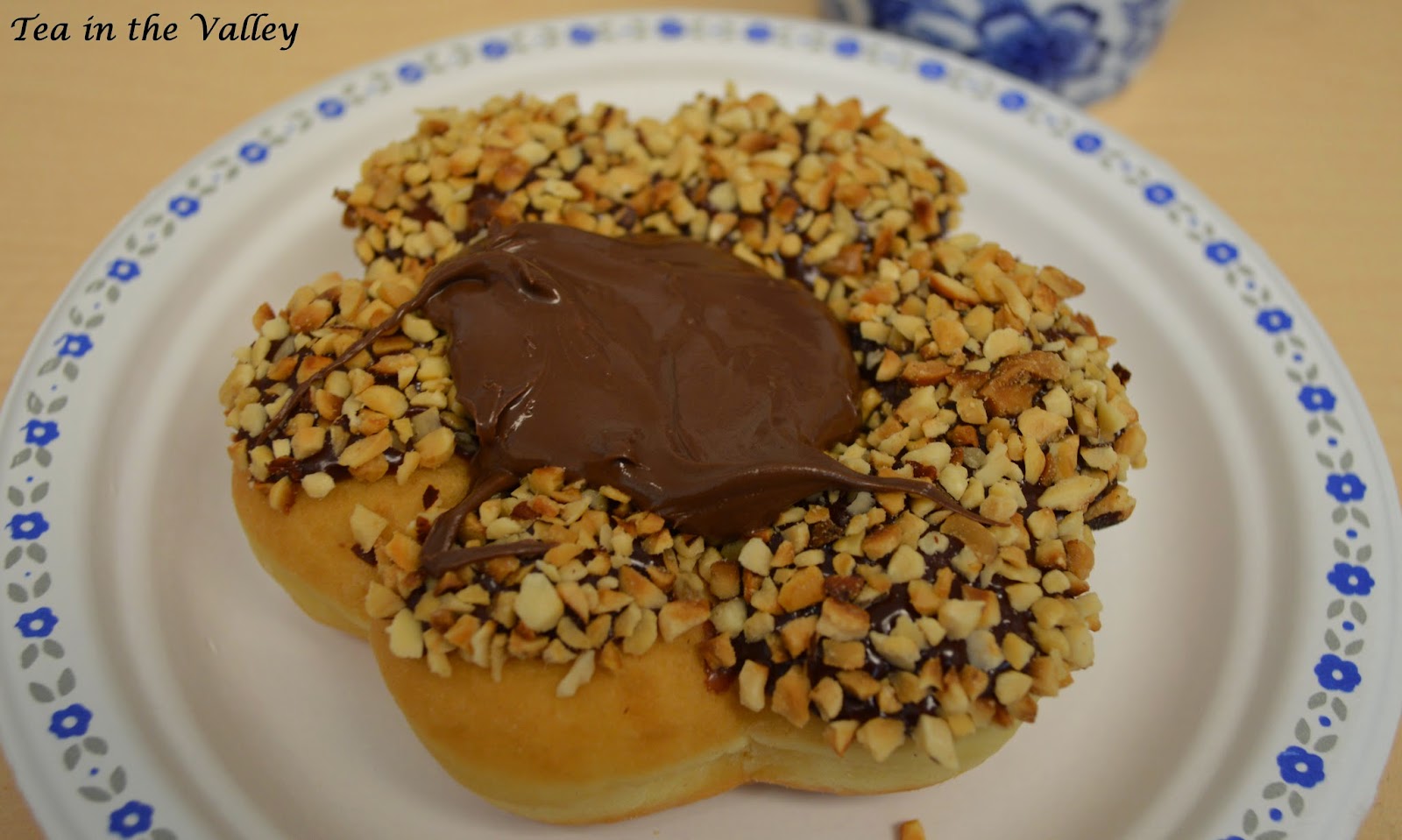 This limited-time donut is topped with a generous dollop of the chocolate hazelnut spread (I originally thought the Nutella would be inside the donut). 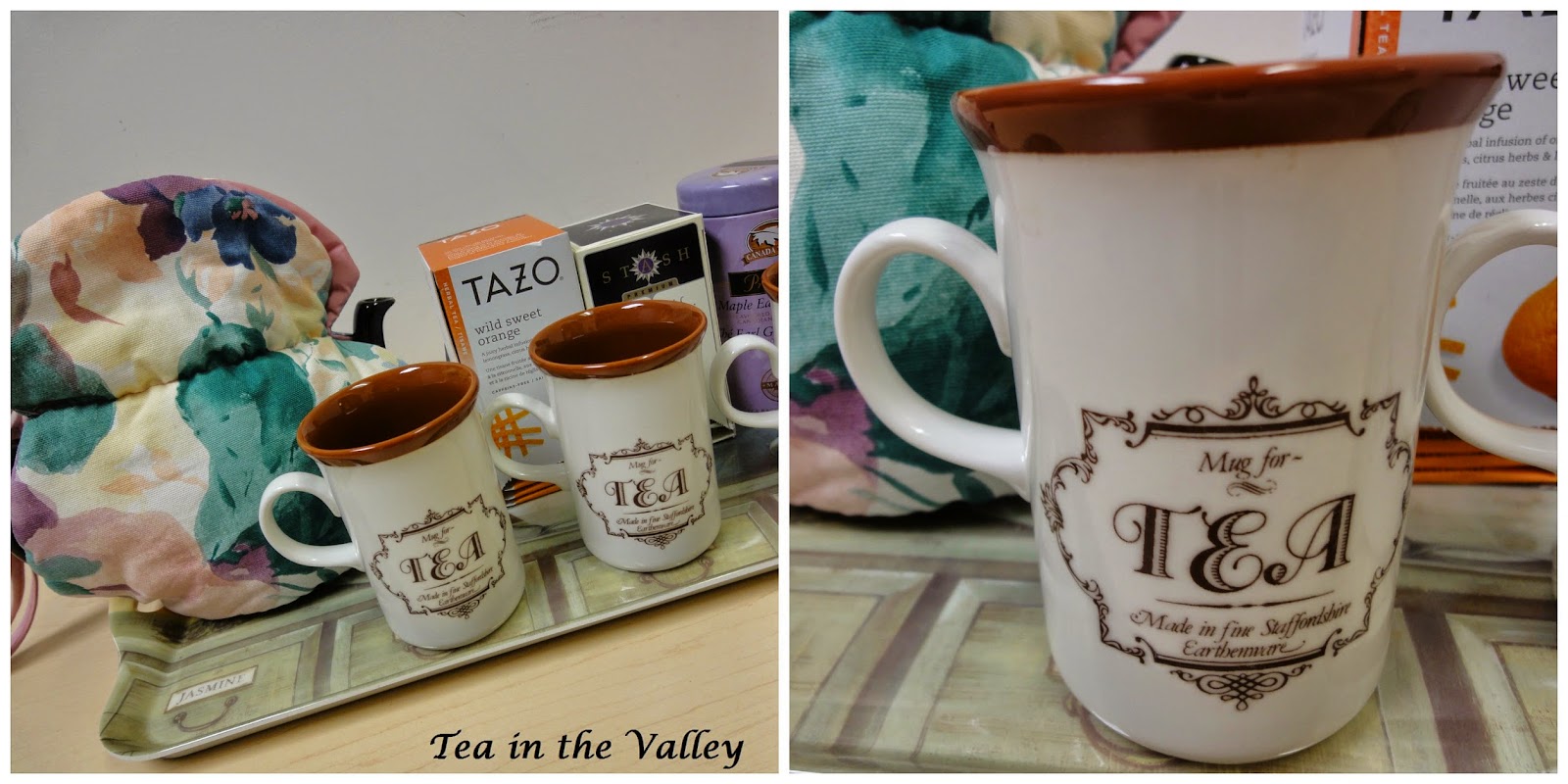 On April 22nd, my office celebrated Earth Day with another tea social!
We drank a co-worker's delicious Davids Tea's Birthday Cake rooibos in my "earthenware" mugs and enjoyed worms in dirt (a sweet treat brought by another co-worker).


Enjoy the last days of April!

We live in a modern era where technology breakthroughs inspire wonder and awe.

For example: 3D printers. Because I have trouble wrapping my head around the concept of 3D printing, I won't even attempt to explain how the process works. You can learn about how 3D printing works here.

I was able to take advantage of a public 3D printer recently. Of course, I just had to see if it could "print" a teacup! 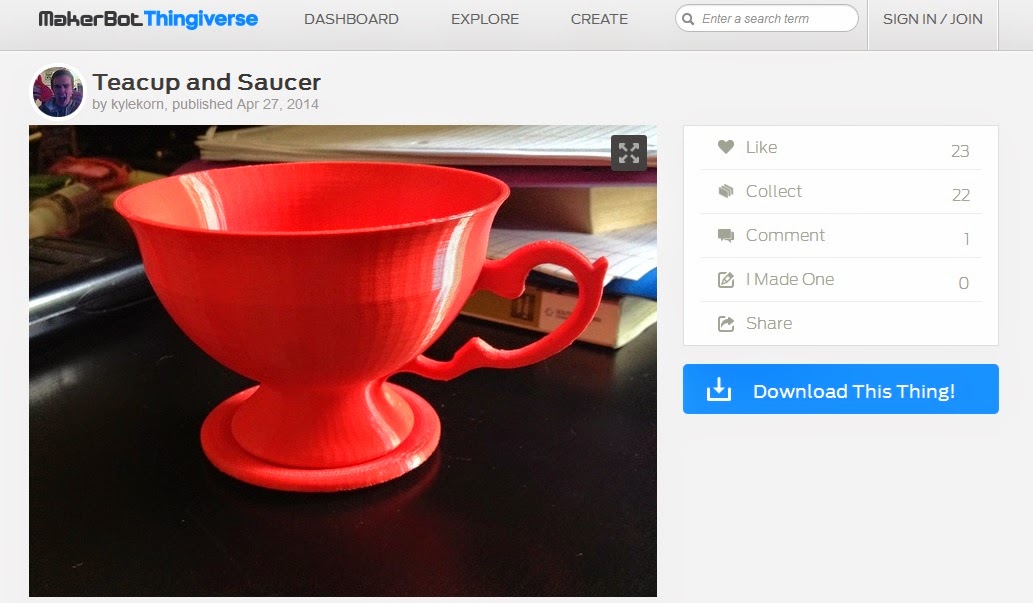 First, I downloaded a 3D digital file of a teacup from Thingiverse. I chose this model because of its funky handle. Since it would have taken 11 hours to build this teacup, they had to reduce the resolution of my teacup so it would print within the 6-hour time limit. 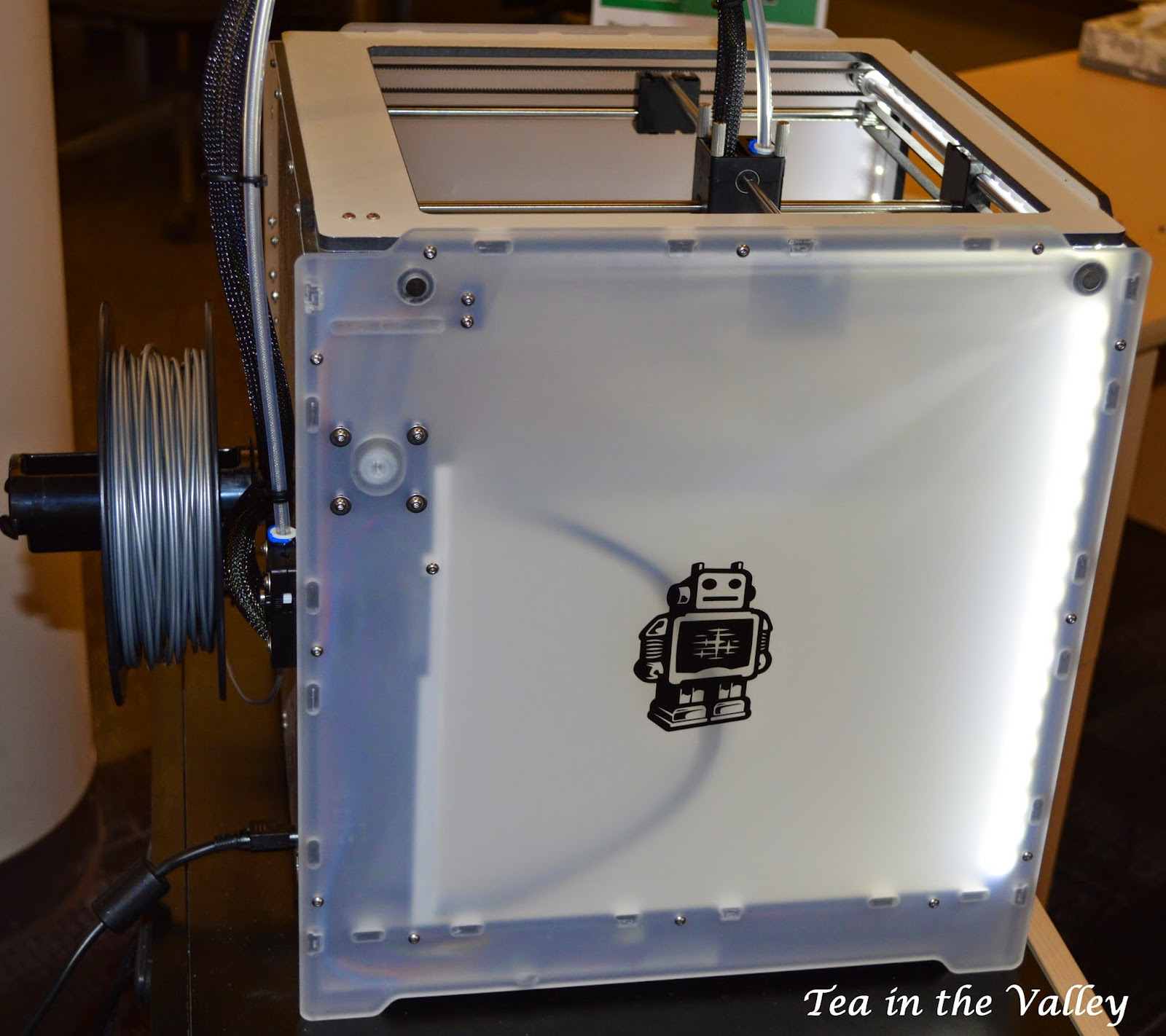 This 3D printer creates plastic products made out of a biodegradable polymer called polylactic acid (PLA). When I submitted my printing request back in December, the PLA colour was blue. When my teacup finally got printed this month (free 3D printing = looooooooong queues), the PLA colour was grey silver--see the spool on the left side of the printer. 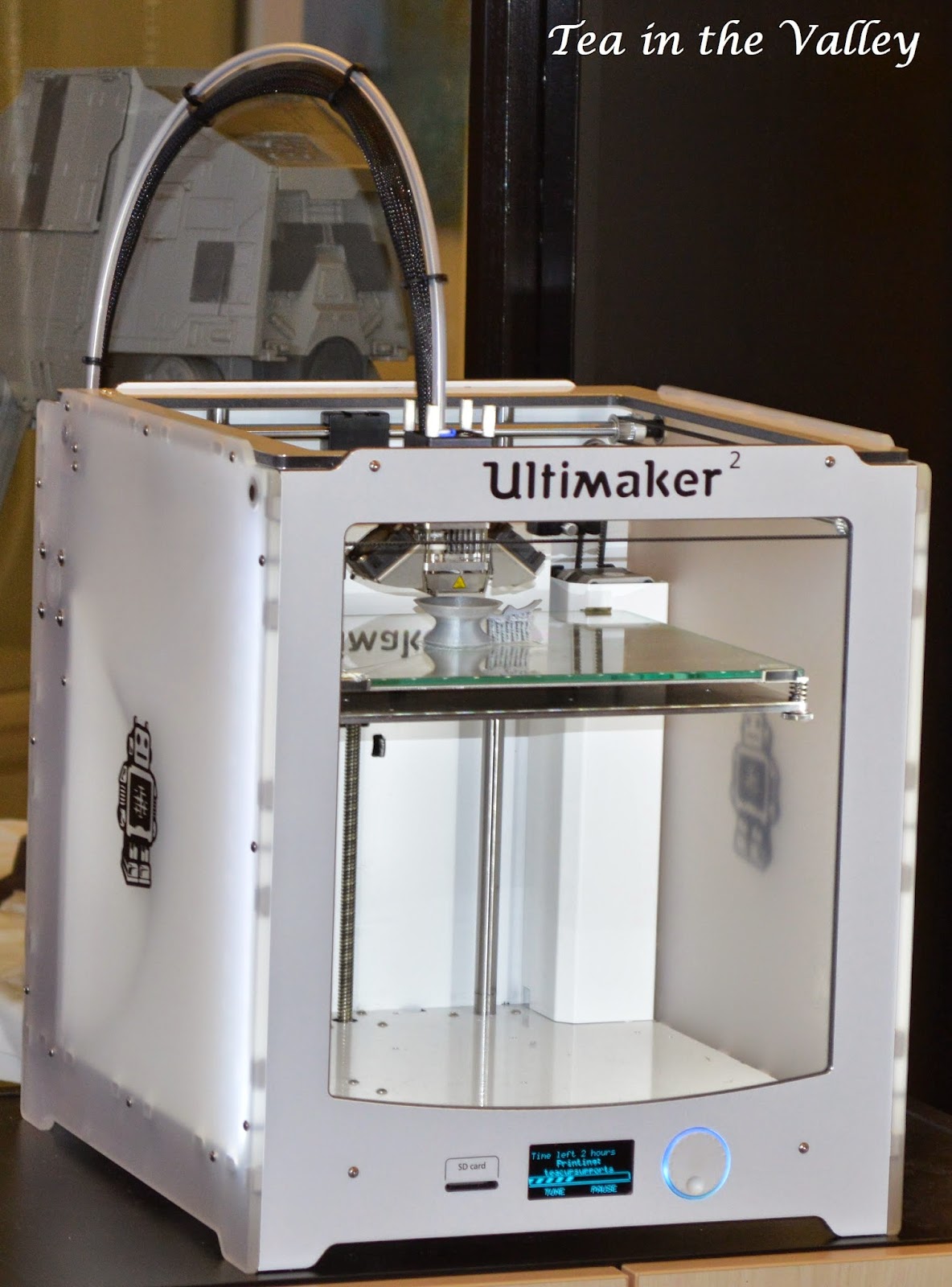 Objects are printed starting from the bottom. I was fortunate to catch the base of my teacup being built. The duration of the print job was 4.5 hours! 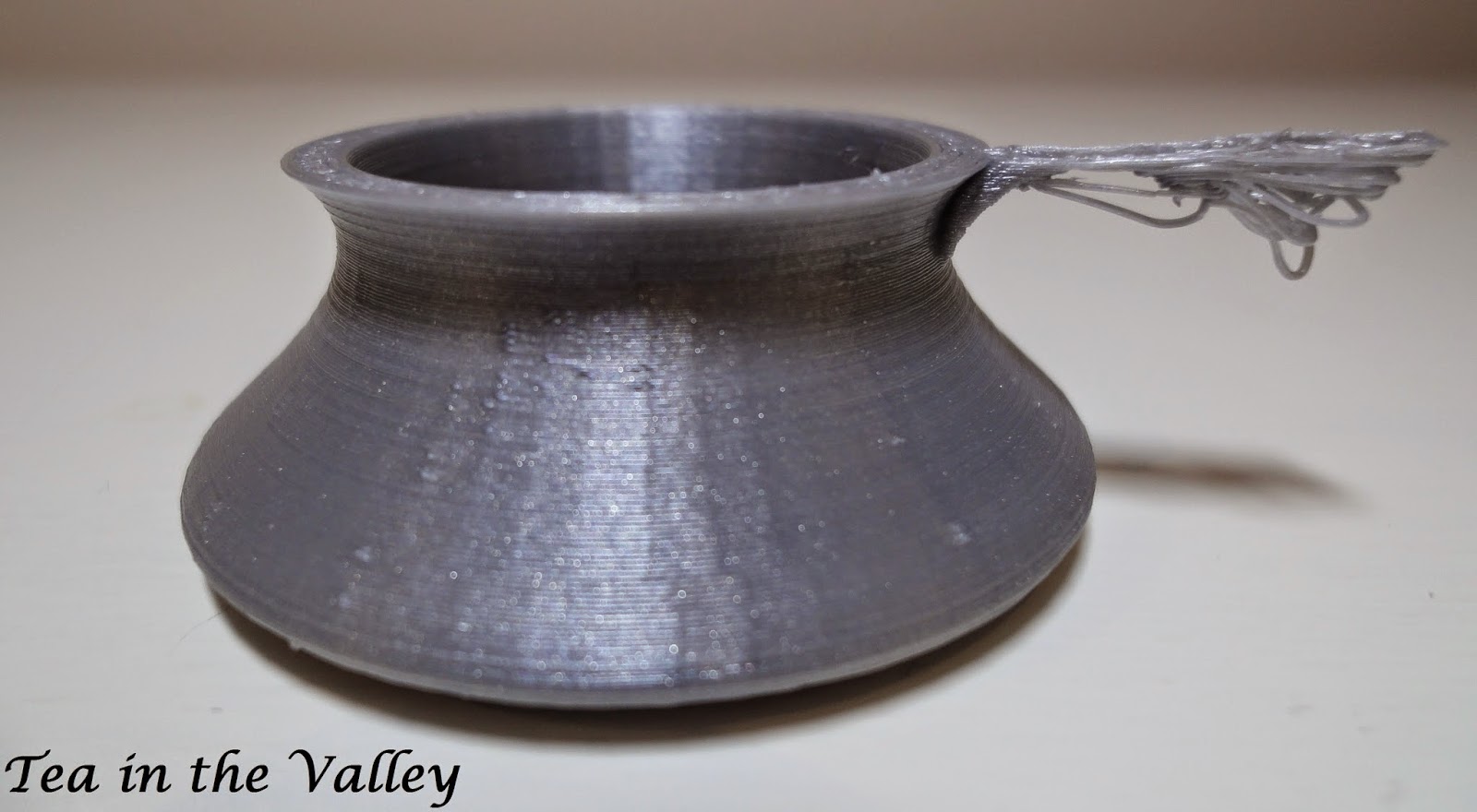 This was the result of the first attempt. I was told that the base was problematic and couldn't support the rest of the teacup so they had to redo... 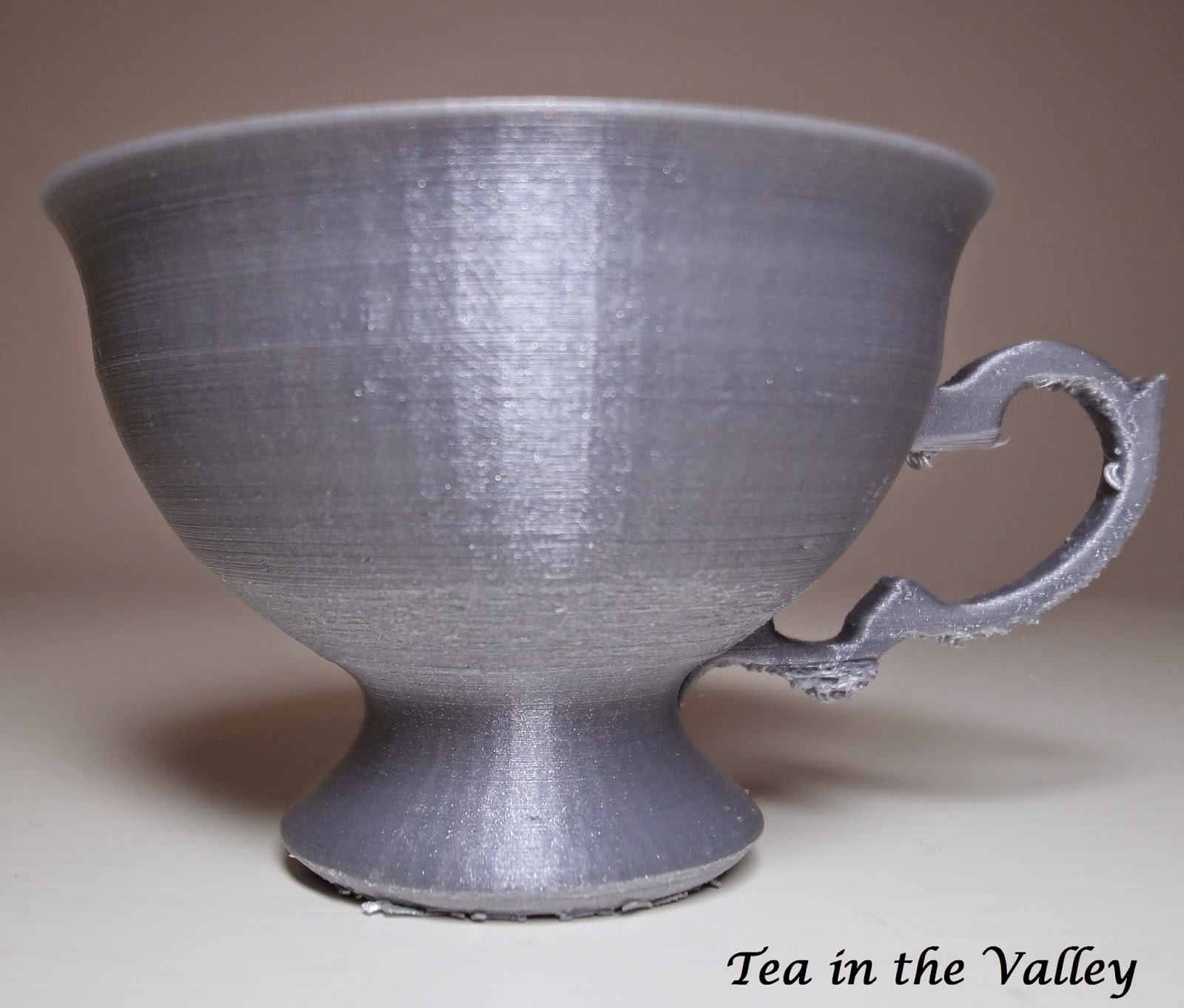 ...and the second attempt was a success!
The finished teacup is approximately 2" high and 2.5" wide. If you look closely (you can enlarge the image by clicking on the photo), you can see the different layers of the PLA filaments. The plastic teacup has a relatively smooth finish but the handle is a little rough around the edges. I was impressed that the 3D printer was able to replicate the ear-shaped handle. 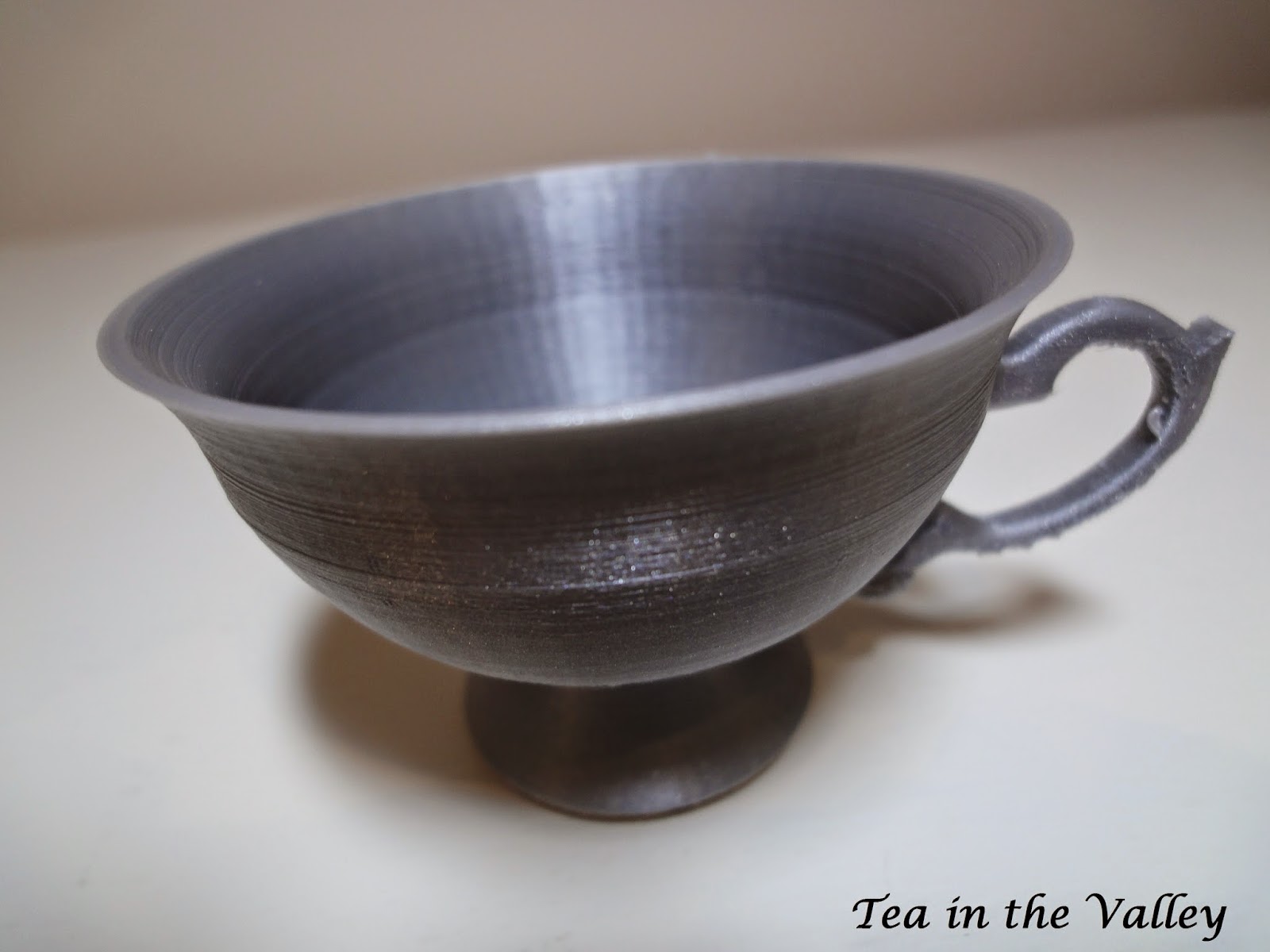 Since it is not food-grade plastic, the teacup can't be used for real tea. So I intend to hang it as an ornament on my Christmas tree! 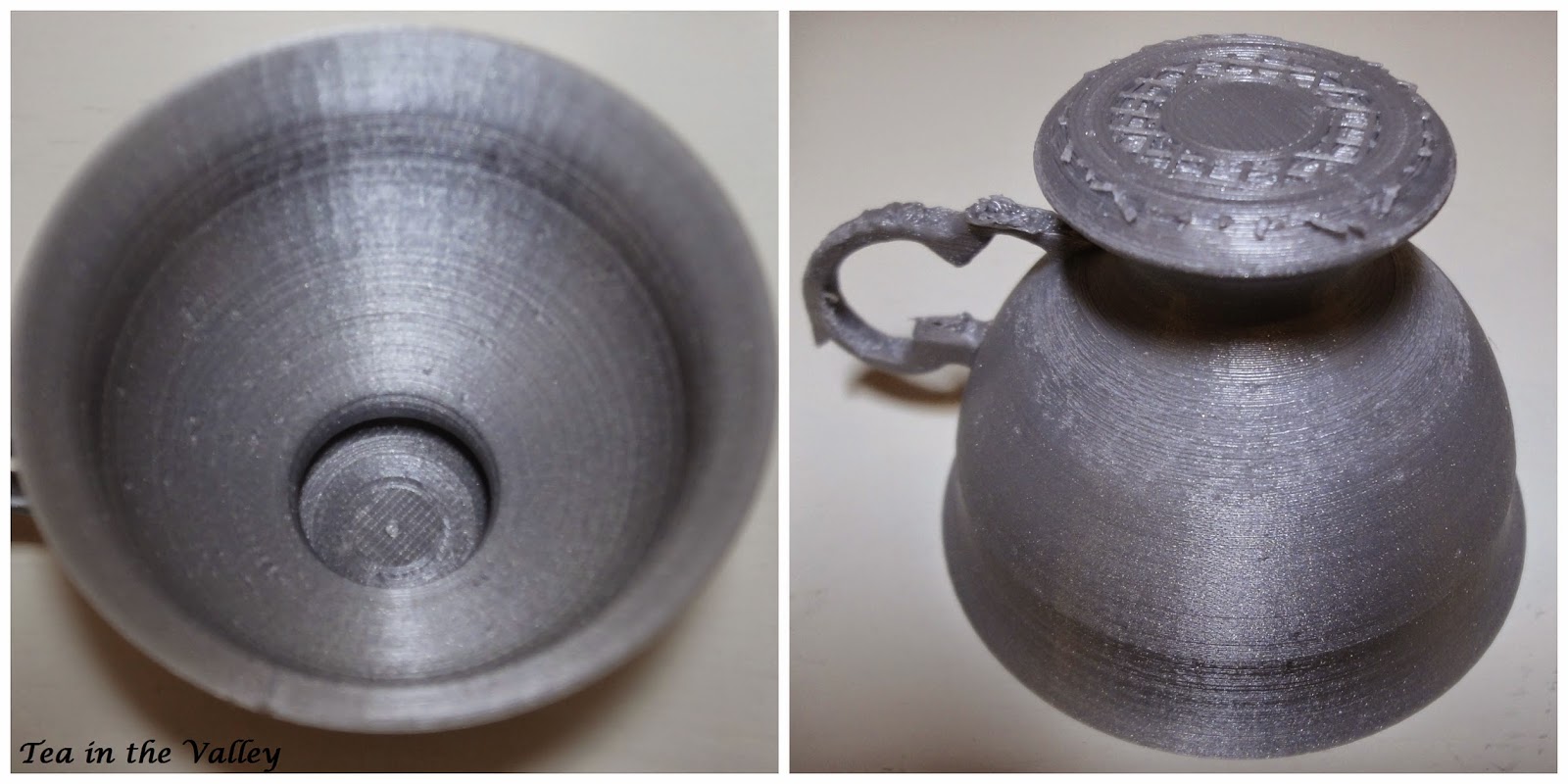 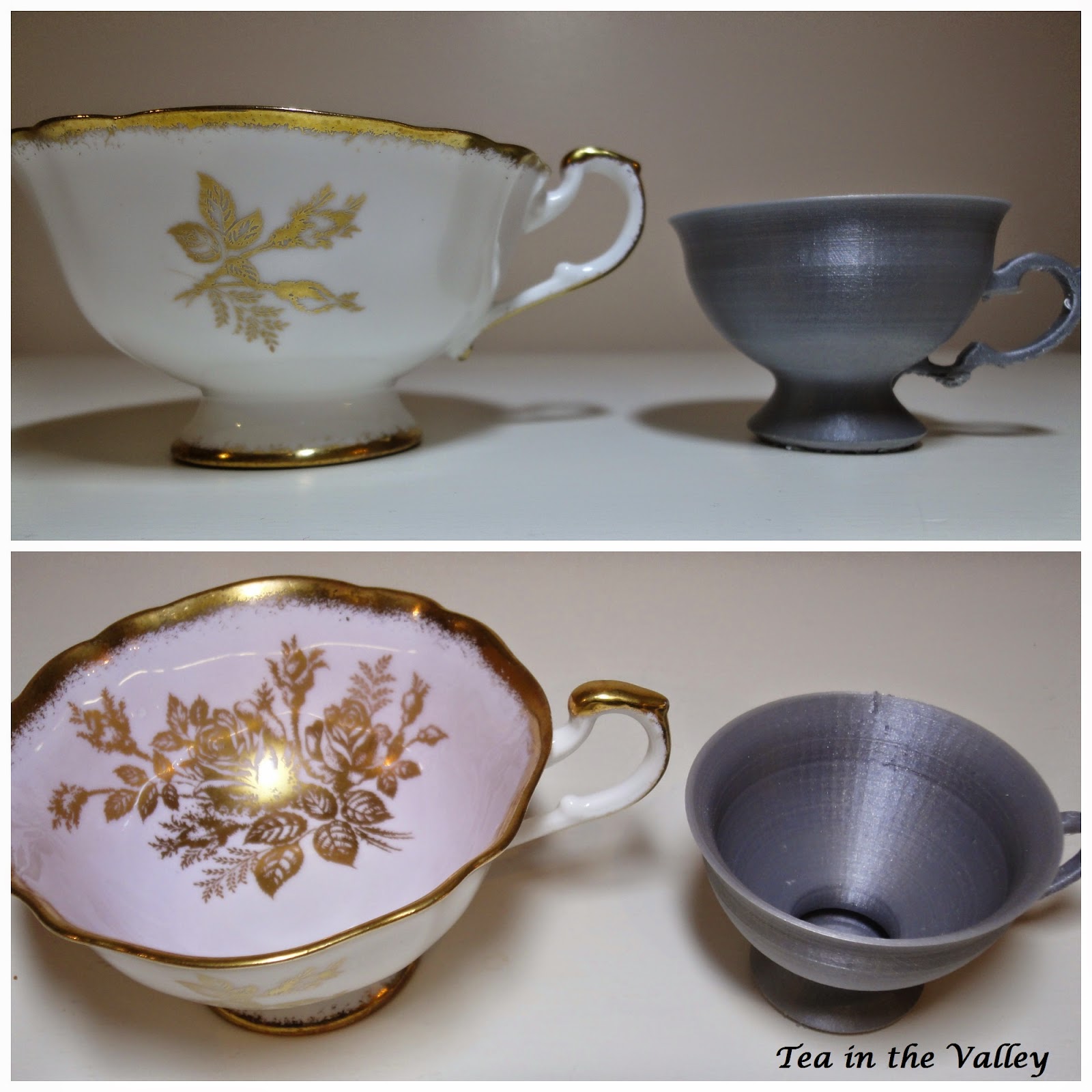 I put one of my Paragon bone china teacups next to the plastic teacup so you can compare their shapes and sizes.

The technology and use of 3D printers are growing by leaps and bounds.
One really cool 3D printing application is the creation of plastic hand prosthetics for children.

Maybe one day, 3D printers will be able to produce real china so that we can create pieces missing from our china collection!

The Girl with the Dragon Tea Set

In honour of the return of the Mother of Dragons this week, I am sharing one of my few Asian teawares. 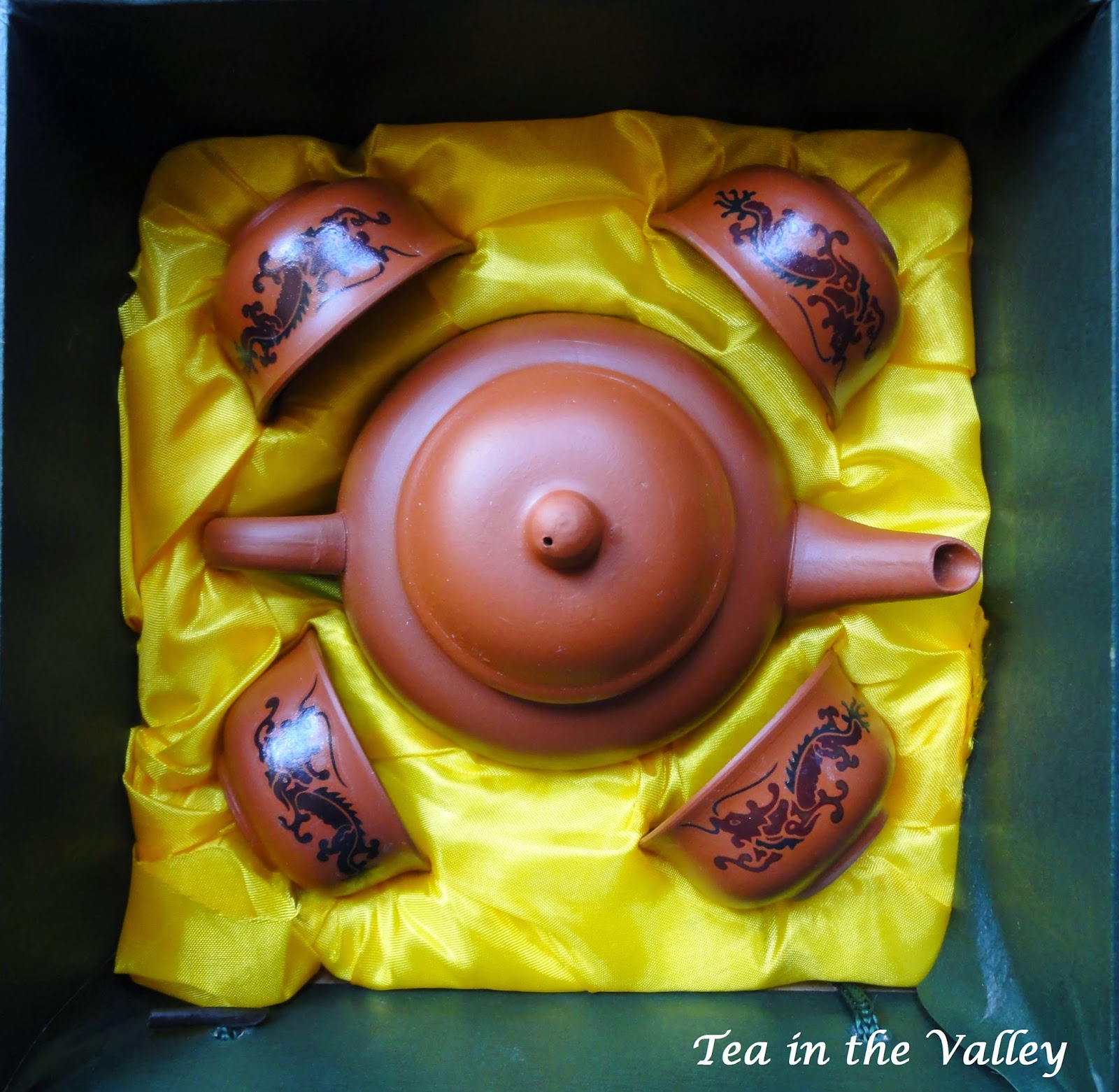 This miniature tea set was a souvenir from China given to my mom by a co-worker several years ago. Because she's such a good mom, she passed it on to yours truly. 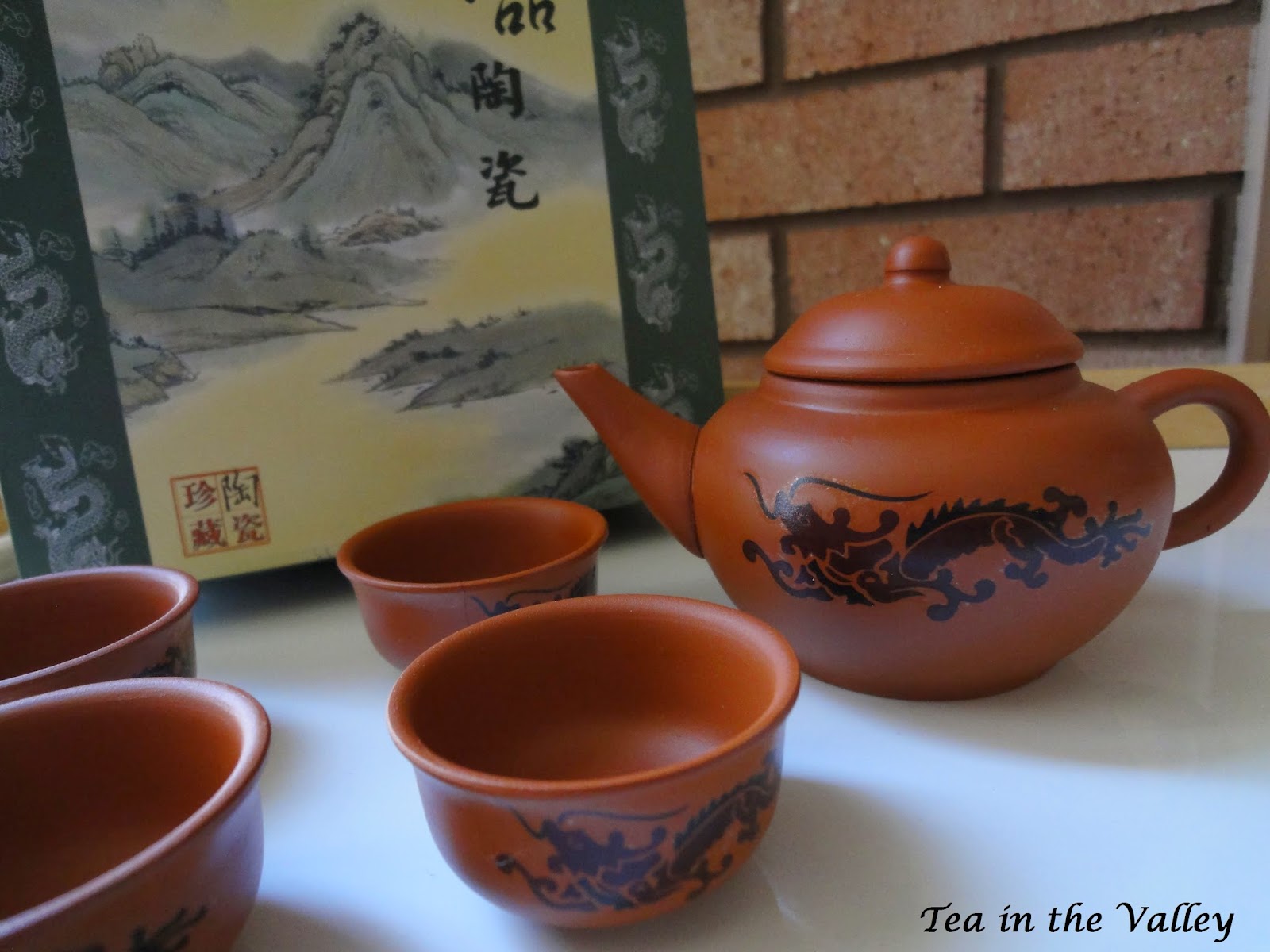 A friend translated the big black Chinese characters on the box cover to "Boutique China".
This tea set's dragon design is perfect for my favourite Game of Thrones character... 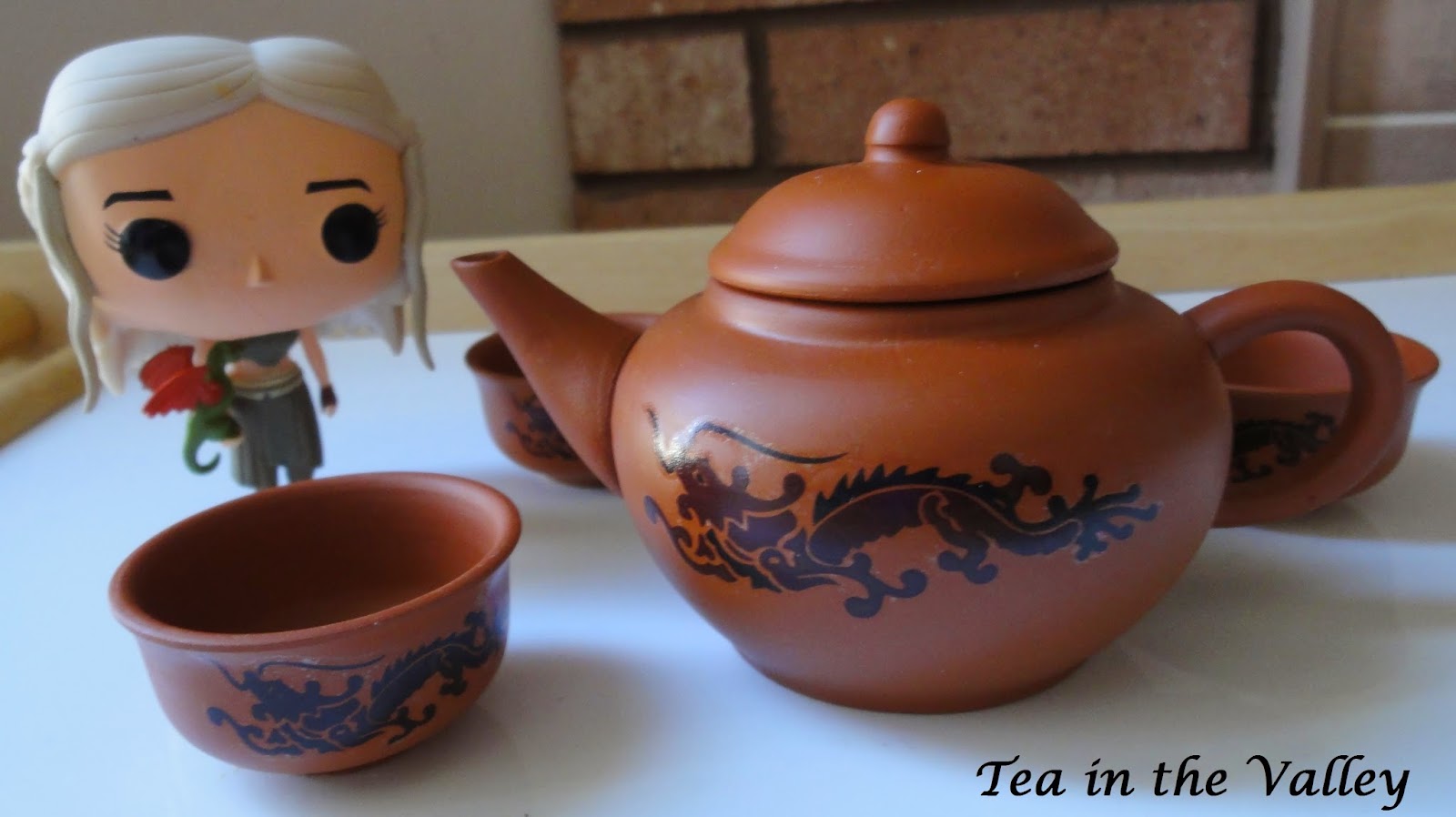 ...Daenerys Stormborn of the House Targaryen aka Mother of Dragons! 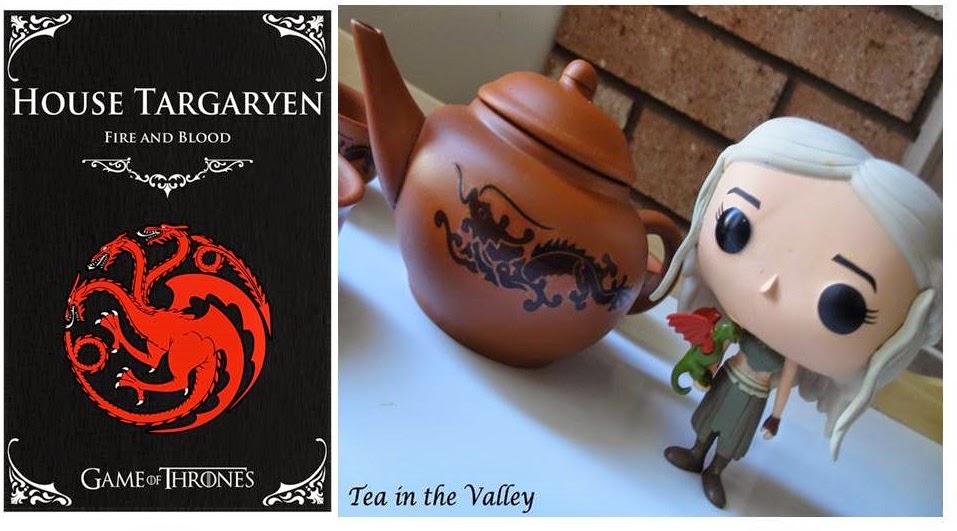 Spice Up Your Life!


Saffron is the most expensive spice in the world. In addition to its culinary uses, this ancient herb has also been touted for its health benefits. 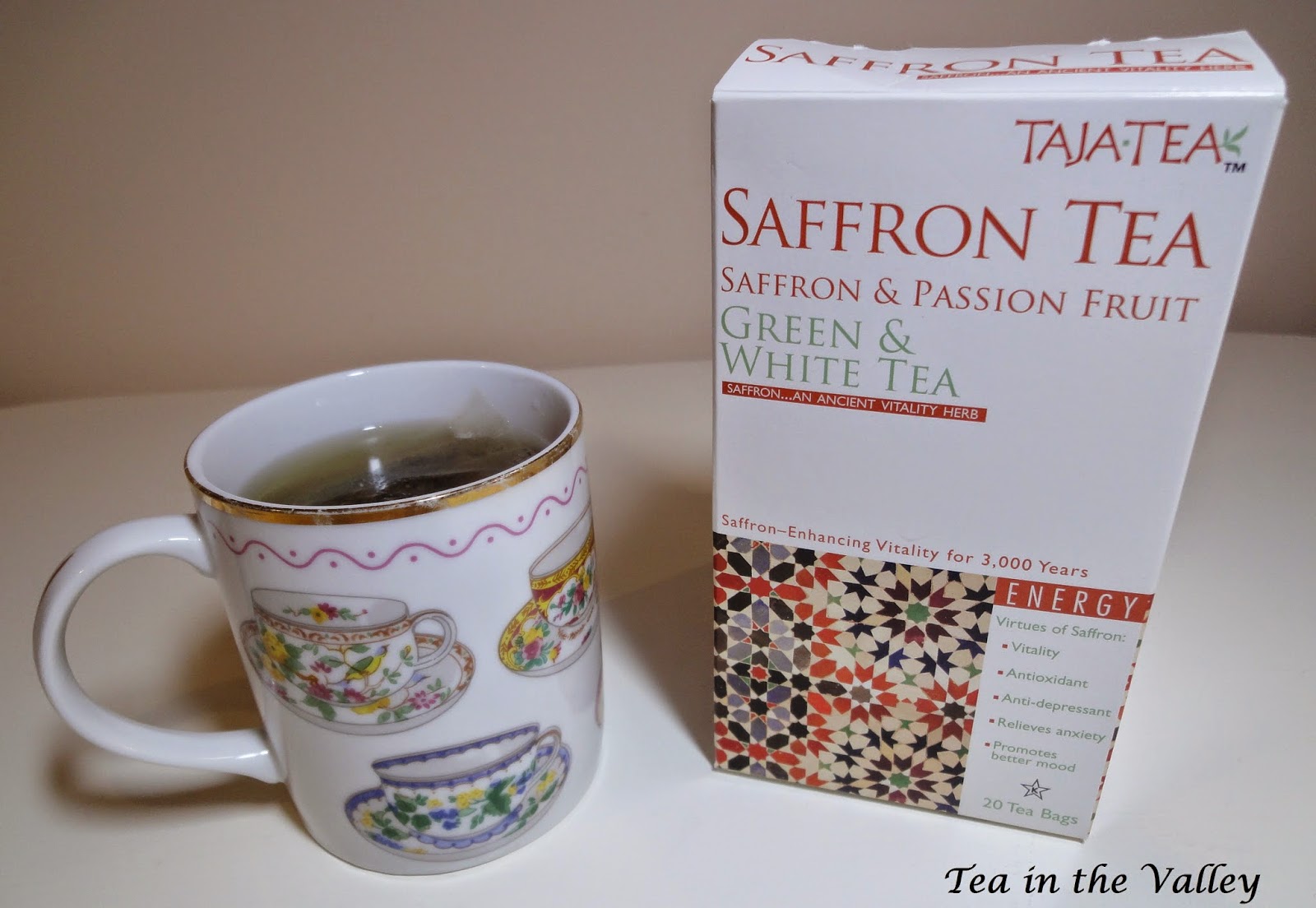 This Saffron Tea by Taja Tea was gifted to me by a friend a few years ago (but I only opened the packaging recently so I think it's still good...). According to the box cover, the "Virtues of Saffron" include: "vitality, anti-oxidant, anti-depressant, relieves anxiety, promotes better mood". 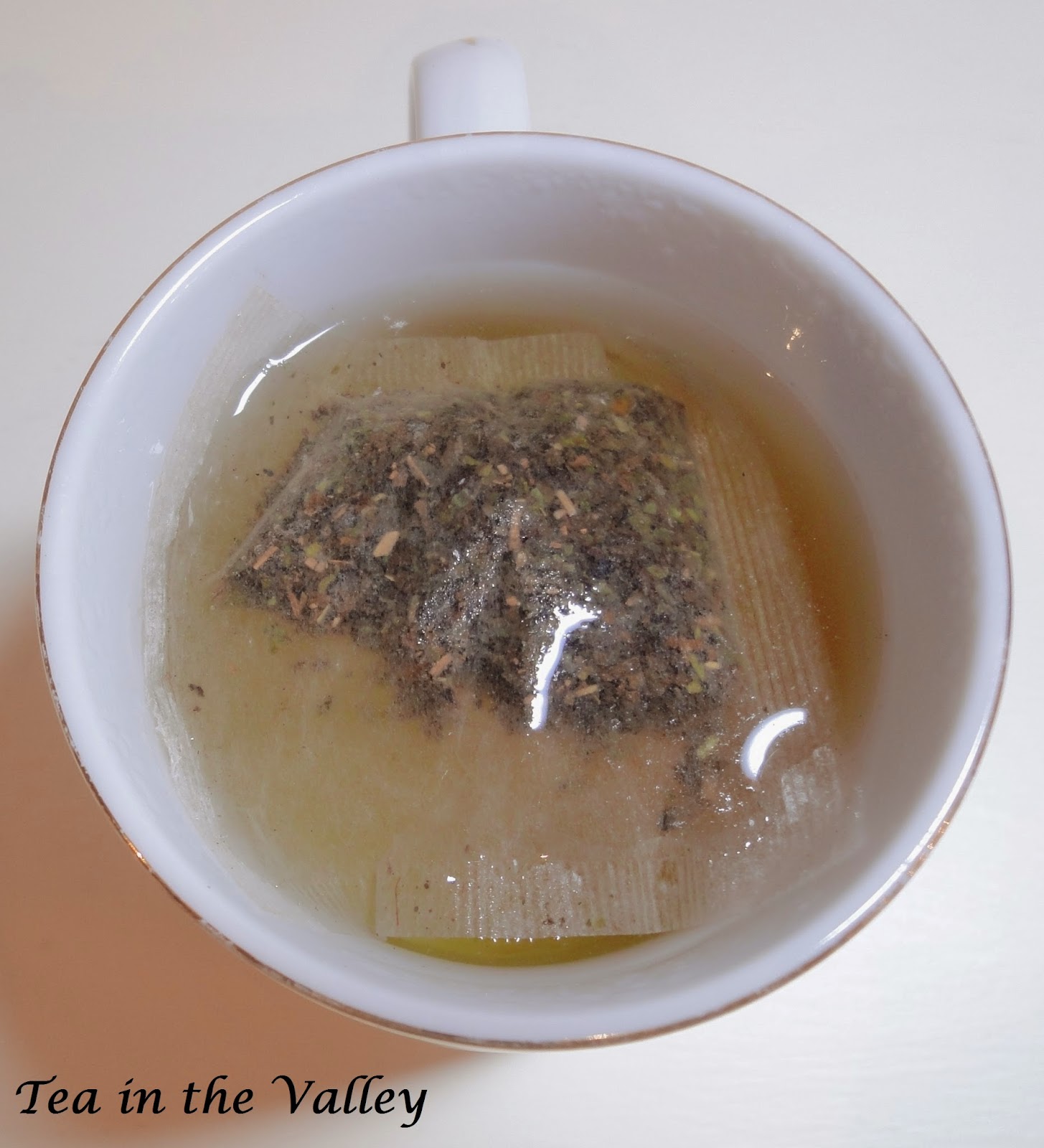 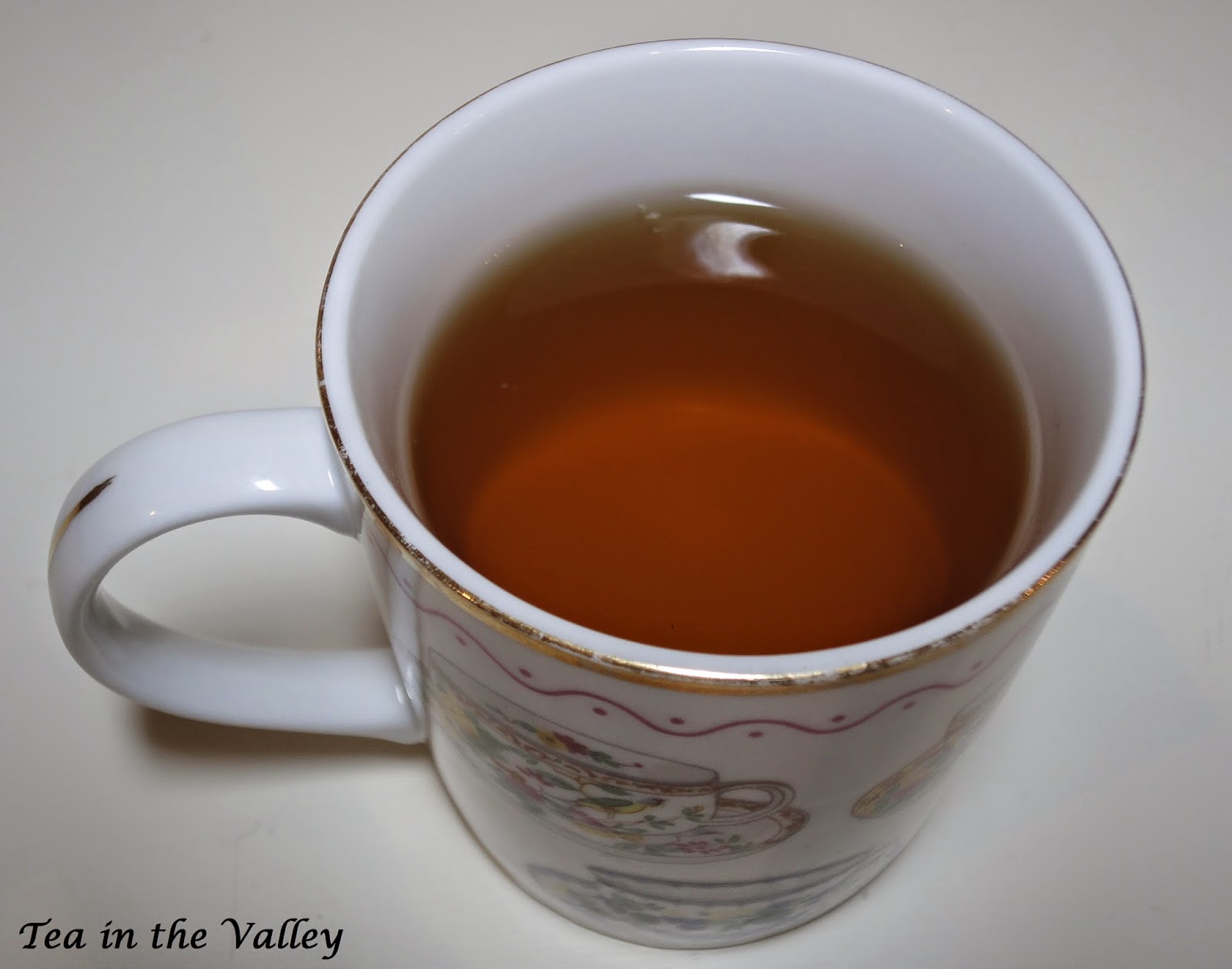 The tea had a mild fruity aroma and I could taste its sweet fruit flavour.
But I was unable to discern the spiciness of saffron...What does saffron taste like to you?
So I just enjoyed it as a fruity tea.