October 18th is Persons Day in Canada. This annual celebration commemorates the historic ruling made by the Judicial Committee of the Privy Council of Great Britain (the highest court appeal at that time) on October 18, 1929 which declared that women are "persons" under Canadian law and qualify to become members of the Canadian Senate. 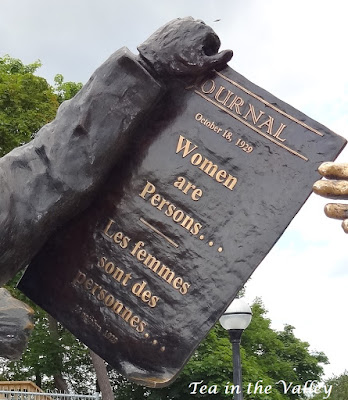 
The bronze statues of the Famous Five were erected to commemorate their historic win of the "Persons" case. Nellie McClung (left) shows Irene Parlby (right) the newspaper headlines announcing the court's decision in favour of the Famous Five. Not pictured: Emily G. Murphy

Henrietta Muir Edwards (left) and Louise McKinney (right) celebrate with a tea party (my kind of gals!)! The bronze cups and and saucers were a nod to the "pink teas" held by suffragists so that they could get together and plan their campaign for female equality without getting disrupted by the opposition.


Emily G. Murphy (left) invites the Ottawa tourists to take a seat and join the Famous Five. I would definitely join them for a cup of tea! 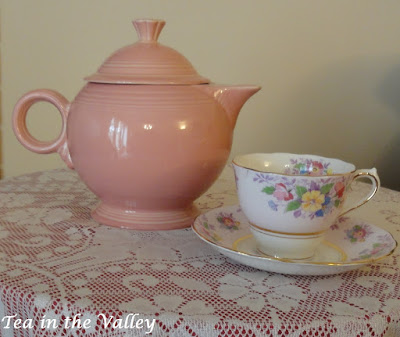 As a tribute to the Famous Five's pink teas, I am sharing some of the pink teawares in my collection. The Fiestaware pink teapot was an online purchase from a few years back. 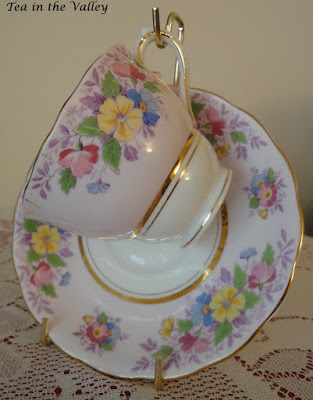 This teacup once belonged to a friend of a woman that I met at work. I never actually met the friend (who was downsizing her collection) so I was touched that she gifted me such a beautiful teacup! 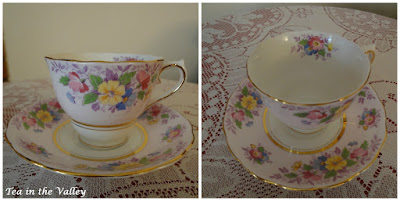 I love the soft pink shade and and pretty yellow flowers. 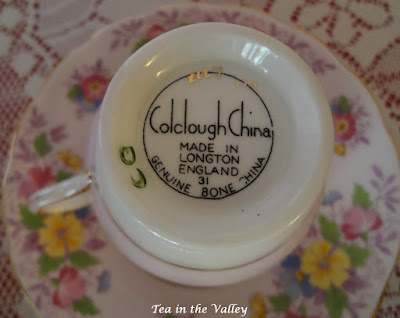 I think that the Colclough backstamp is from the late 1940s. 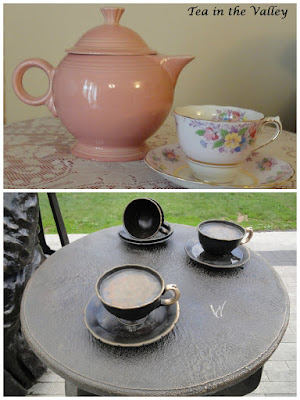 Let's raise our teacups to the Famous Five for championing the rights of Canadian women!

The following 6-minute video presents a nice summary about the "Persons" Case (first 2 minutes) and the Famous Five (last 4 minutes).

Thank you for taking the time to visit and leave a comment!